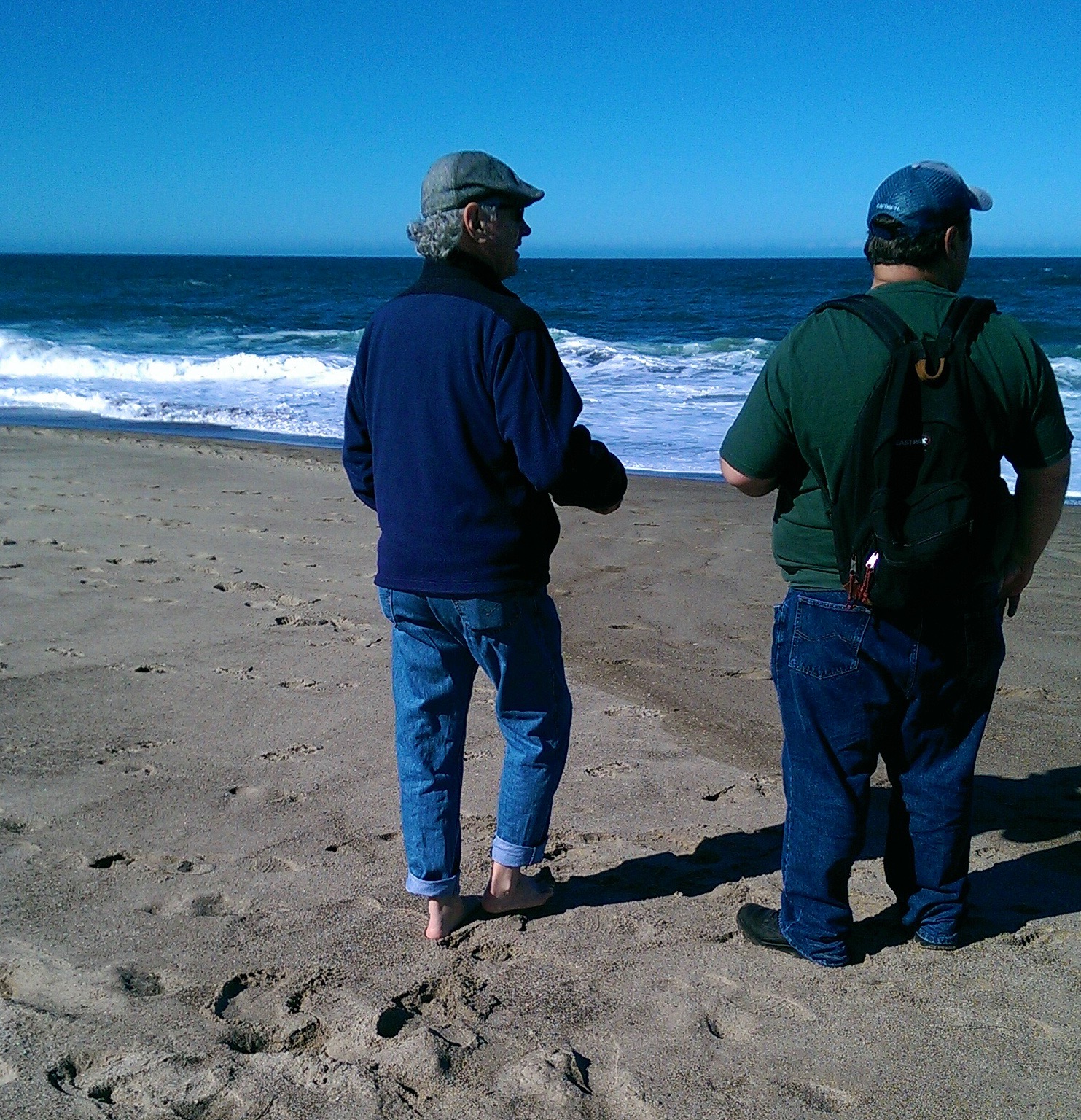 We’ve all felt some measure of overwhelm, exhaustion, and fear of the future this year. Would you agree?

There’s a lot going on. Especially with the pandemic, there’s a tendency for many of us to feel hopeless.

Yet, when everything seems hopeless, we miss out on precious moments of our lives.

I want to tell you the story of my son Brandon, who never lost hope.

From the time he learned to walk, Brandon was prone to getting bumps and bruises and cuts on his head. As he got older, his accidents became increasingly serious. When he was a teenager, he fell off a roof and was struck in the head by a 300 lb. piece of equipment.

He later totaled his dad’s car when it hit a tree head-on and narrowly missed jamming the engine through the dashboard. Around this time, he went from being an honor-roll student to failing most of his classes.

Unbeknownst to us, he began using drugs to self-medicate the distress he felt in his brain. I believe he had an undiagnosed traumatic brain injury that later manifested as schizophrenia.

There were many years when we lived the nightmare of his addiction to meth and other hard drugs. When Brandon was 32 years old, his father died. His stepdad and I took him in, because he seemed shaken enough to want to get free of the drugs.

That lasted only a short while before he couldn’t resist hanging with his drug buddies, flaunting our agreements and becoming surly. We were forced to kick him out.

I didn’t know for well over a year whether he was alive or dead.

One day I received a call from him. He had been accepted into a group mental health facility. He was clean and on medication for his schizophrenia-like symptoms. I was thrilled that he was getting help.

We set up an arrangement for him to come to my bodywork office once a week to receive craniosacral treatments and enjoy a Mom-made lunch I’d bring from home. Although it was a long journey by light-rail, he would faithfully keep his appointments.

We’d also have him come to our house for dinner sometimes and for holidays and other outings. We built a close, loving relationship during that time.

Whenever one of my other clients would see him in passing, they would always remark about what a loving heart he had. He was a bright light in a very distressed body.

The antipsychotic medications he was on caused tremendous weight gain so that he became morbidly obese. Those same medications caused unbearable side effects that he was then prescribed other medications to control.

None of it worked very well. He still was persecuted by voices in his head. He couldn’t tolerate noise and chaos without becoming panicked.

Yet he faithfully showed up every week for his appointment. Of course I was his biggest cheerleader. He would ask for advice on things that could help his condition, but given his lack of funds and living situation, there wasn’t a lot he could do.

He never gave up hope, though.

One day in February 2016, he came in and was very excited that his counselor had arranged for him to get acupuncture treatments, a gym membership, and he had applied to the local community college to take a class.

It looked like his life was really going to turn around.

As he was leaving that day, he turned to me and said, “You know, Mom, I still believe I can have the life of my dreams.”

Those were the last words we ever spoke to each other. Late the next evening, police came to our door to inform us that my son was deceased.

Through my shock and heartbreak, stories came forward of how everyone in the group home had special regard for my son. His counselor especially told me how three of his clinicians used the word “Sunshine” to describe him. One said, “If only I could have that much ambition in my own life….” She, of course, meant hope and determination.

The counselor also told me that he had moments of relief and genuine happiness toward the end. He made the most of the opportunities for fun, learning, and healing that he had.

Despite the labels, despite the discomfort he endured, despite all his challenges, he left the world believing that he could still have the life of his dreams.

None of us is promised tomorrow. With hope, we can be strong for what we want. We can notice what is beautiful and nourishing right now. And we can find moments of relief and genuine happiness in our day-to-day life. That is the power of hope! 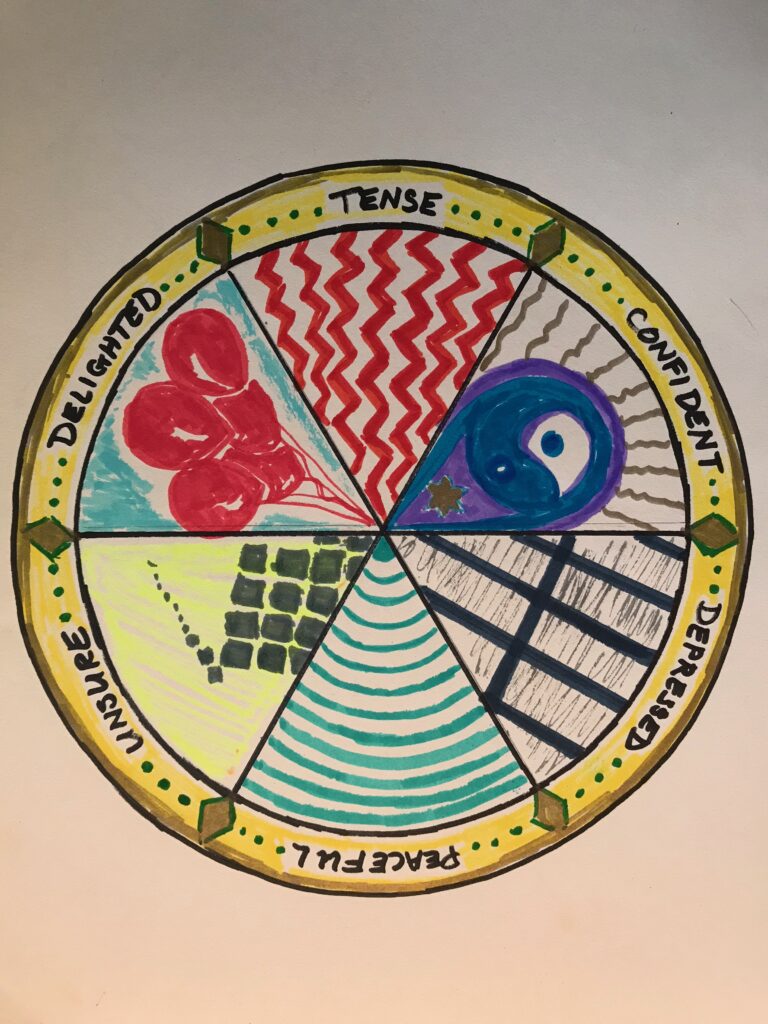 Have you ever tried your hand at making a mandala? I hadn’t, until a friend of mine invited me to an online workshop to learn how.

What I came up with was a handful of contrasting emotions that I attempted to portray in the design.

Come to think of it, these are all feelings I’ve been ping-ponging through my whole life. But at least some of them, I think, have been heightened since we’ve been hunkered down with the pandemic.

Have you thought about what happens in your body when you feel unsafe or alarmed?

Usually when I’ve talked with women entrepreneurs about their health questions, most of them tell me they just want to know what to eat.

Should they be keto? Paleo? Vegan? Low FODMAP? Low fat raw? What about nightshades and grains?

Maybe you’ve tried one or more of the above or some other that I didn’t mention. There’s certainly no shortage of opinions, recommendations, and scientific data available to consider.

However, it strikes me that almost everyone I know is in a state of high-alert right now. With fear of Covid-19, physical isolation, having to wear masks, work schedules disrupted, school schedules disrupted, and so many other activities curtailed, most of us are affected in one way or another. Not to mention all the other things going on in our world.

Whenever there’s a constant aggravation of our nervous system, the body gets stuck in a fight-flight-or-freeze state.

In that case, you can be eating all the right foods, taking all the right supplements, and doing all the things – and your body won’t make good use of them. You may not absorb the nutrients from your food or you may develop sensitivities you didn’t have before.

In the sympathetic fight-or-flight state, your body prioritizes survival above all else. Because of what occurs with the energy generators in the cells – the mitochondria – your energy is sapped, and your cells don’t repair themselves as well.

The body must be in a calm, healing state in order to make proper use of the carefully-chosen foods you put into it.

To access your healing parasympathetic state before you put anything into your mouth, put my TRUST formula into place:

The more you can calm your nervous system, the more your energy will increase, the better your digestion will function, and the more likely you’ll be to make the exact right dietary choices for your body.

As for me, I need to focus on the “delighted, peaceful, confident” feelings of my mandala as I sit down to my made-with-love healthful meal. That’s the best way to get all the benefits.