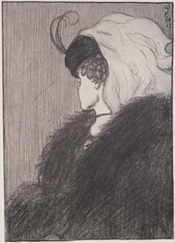 How does a 60-something grandmother get mistaken for a 40-something hottie?

I was in Florida for a business retreat.  After the session ended on the last day, I decided to walk to the beach (about a 20-minute walk) and took along a picnic of the leftover dinner I’d had from the night before and a book to read.

I plopped myself down on the sand, having waded past an international volleyball tournament that was happening–stunning young bodies in bikinis (no Photoshop needed) and all–and settled in to relax for a little while.  The beach itself was nothing much to see–one straight line of white sand dabbed by ho-hum waves.  (Our beaches in Oregon are spectacular by comparison.)

Every once in a while, one of the volleyball players would decide to wet her feet in the surf, and then that vision would be starkly contrasted by an elderly Jewish-looking woman (actually one after another) who was walking along the water’s edge–also in a bikini!! 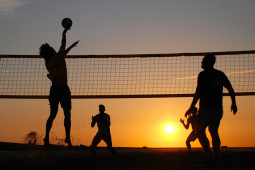 After I’d finished my picnic and was engrossed in the book and the scenery, a Mediterranean-looking fellow walked up and gestured as if to put his stuff down a few feet away from me.  He asked if I was going to be there for a while because he wanted to go into the water.  I asked him how long he would be and he said about 20 minutes.  But then he proceeded to keep right on talking.

He had a thick accent and told me he was from north Africa, that he was in Florida because he was looking for the next place he wanted to move to, he had considered Portland as an option, that he had just been dumped by his lady friend of 2 years (although he never really loved her), and on and on.

It turned out he’s 48 years old (he thought I was younger than he).  He also had quite an appetite for spiritual discussion, so I ended up counseling him about seeing people as mirrors, about soul lessons, and about staying open to Spirit’s direction.

He wanted to know where I was staying, and I told him that wasn’t something he needed to know! As it was getting dark, I told him that if he was still going to go in the water, I wouldn’t be able to watch his stuff as I needed to get back.  I did ask his name and he said it was Bel-ai-eed.  How do you spell that?

Hmmm.  It was a great ego-booster, I’ll tell you that!

If you have cougar ambitions, keep checking back here for tips and strategies to make that happen.